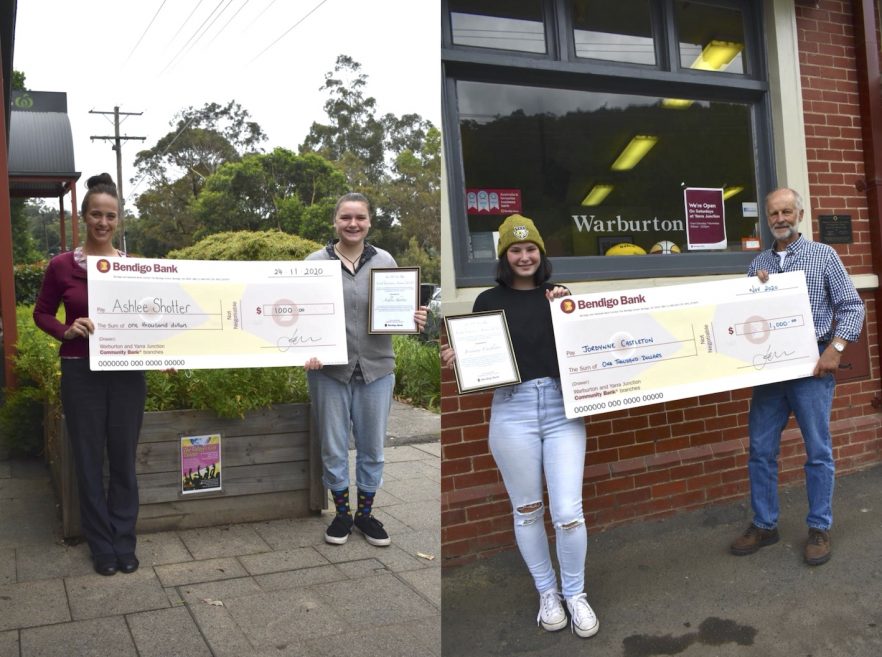 We are pleased to announce ‘JOINT WINNERS’ of the 2020 Ian De La Rue Youth Initiative Award.

Our annual award for 2020 goes jointly to Ashlee Shotter and Jordynne Castleton, and they each receive $1,000.

In the spirit of Ian De La Rue, who the award is named after, both have made outstanding positive contributions to the Community and we are pleased to recognise, acknowledge and reward them for their efforts.

With a record number of nominations received from the public this year, it was fantastic to see so many young people doing things in the community.

Our congratulations are extended to Ashlee and Jordynne. 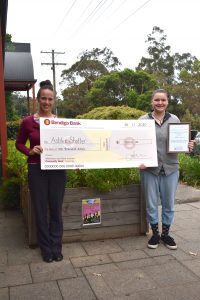 ASHLEE has been recognised for her volunteer contribution to her local netball club in coaching Under 11s and coordinating fund raising activities; her active involvement in the CAN for Cambodia project fundraising for Cambodian landmine amputees; her volunteer involvement with the local aged care facility and her student leadership and support – serving on the SRC as President and being College Captain at her school.

JORDYNNE has been recognised for leadership roles at school, Rotary Camps and the MISFITS Theatre Group.  Special mention is made of her project MISFIT online which she developed in response to Covid19 impacts – enabling people of all ages to access a safe supportive online space for engagement; and in weekly programs and activities.

From left to right:Jordynne Castleton and  Neil Jorgensen, UYCE Board Member and Community Investment Committee member