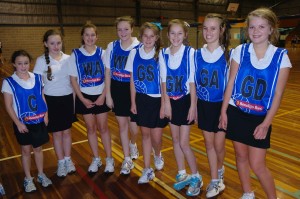 The Warburton Junior Netball Club has provided hundreds of children with the opportunity to develop their netball skills and self-worth by playing, growing and having fun in a team. Their recent sponsorship of $2030 will be used to make sure the netball club remains accessible and affordable for all families. Essential equipment such as netballs, whistles and first aid kits will be purchased and training for their volunteer coaches with Netball Victoria can now be arranged. But perhaps the most enjoyable and anticipated benefit from the sponsorship is an upcoming club excursion when team members will be able to attend a Melbourne Vixen game. This may be the only opportunity some of these children have to experience a sporting event of this caliber. Have a great time, kids!