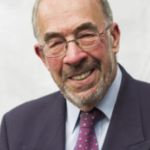 Warburton community worker Peter Kimberley is well known in the Upper Yarra for his work as chair of the Warburton and Upper Yarra Bendigo Community Bank branches, but his voluntary work doesn’t stop there.
Mr Kimberley has been elected to the Board of Trustees of world-wide service club Kiwanis International.
Kiwanis started in America in 1915 and has over 600,000 volunteers, including nearly 1500 in the Asia Pacific (AP) region which Mr Kimberley will represent.
The focus of the club is serving the children of the world through community service, something he is passionate about.
He was a young insurance executive working in Melbourne over 30 years ago when he was invited to join, ironically by the only other person who has represented Australia as a trustee, Ian Perdriau AM, who went on to chair the organisation.
“My family was growing up and I had time to give to others,” he said.
His wife, Sue, has recently joined him as a member of the Waverley Kiwanis, the nearest Melbourne club.
“We are small in Australia with 1000 members, but we punch above our weight,” Mr Kimberley said.
The work is hands on with fund-raising and running camps and providing hearing tests for kids.
Through The Eliminate Project, Kiwanis International and UNICEF have joined forces to eliminate maternal and neonatal tetanus – a deadly disease that steals the lives of 34,000 innocent babies and a significant number of women each year.
Kiwanis supports Heart Kids at a national level and internationally through The Eliminate Project joined forces with UNICEF to eliminate maternal and neonatal tetanus.
“It’s not prevalent in Australia, but it has a big impact in developing countries,” Mr Kimberley said.
“When the project started, around the world one child died every night. In conjunction with UNICEF, they have raised $110million for immunisation.
As one of 16 trustees, two representing Asia Pacific (AP), he is the ‘go to’ person for AP clubs, but the role is about leadership at an international level.
Mr Kimberley said along with working with the troops in the AP clubs, a significant part of the role is setting standards, governance and strategy aimed at taking the organisation to the next level.
It’s a role that he says, as with his seven-year community bank involvement, is a good mix of business and service to community.
“I’ve just come back from the Bendigo Community Banks conference, and the stories that were told about community work banks are doing all around Victoria are almost the same as Kiwanis,” he said.
He said he was excited by the challenges ahead and the opportunities to make a difference.
“I’ve always been a bit of a change merchant … like to challenge the status quo,” he said.
“I told a group recently that most organisations are either changing or dying; it’s a bit extreme, but it makes the point.”
Mr Kimberley will be inducted at the 102nd Kiwanis International Convention in Paris in July.