Mountain Bike trail ‘absolutely amazing for our town’ – In The Age today! 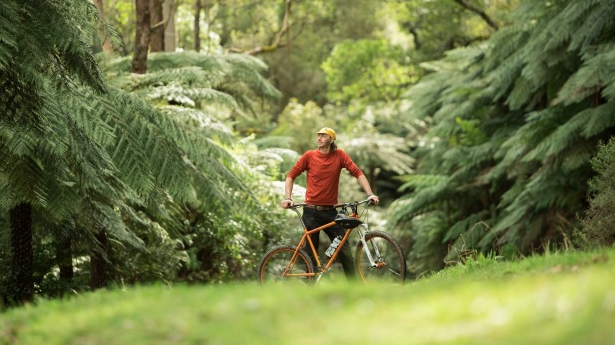 Warburton would become one of Australia’s premier locations for mountain bike riding under a plan to make nearly 100 kilometres of new bike trails in the bush near the town.

The local council is seeking $3 million from the state government towards the project, which would cater for mountain bike riders of all standards, from novice to elite.

This week the Yarra Ranges Council lodged a bid for the funding, hoping to qualify for money from a special state fund for “interface councils” on Melbourne’s rural/urban fringe.

A key plank of the council bid relies on the findings of a feasibility study into the project commissioned by the council. According to the study, the four new trails would generate up to 130,000 visitors a year. The project’s cost is estimated at up to $4.2 million.

“This project represents a great opportunity to regenerate Warburton, encouraging new business, attracting visitors and tourism activity, with a direct flow-on effect to the local economy,” it said.

Warburton, which straddles the Yarra River at the foot of Mount Donna Buang, is already a popular destination with cyclists, sitting at the end of the Lilydale to Warburton Rail Trail.

Councillor Jim Child said the new mountain bike trail network would become a key tourism drawcard for the area, and hopefully the number one destination in Australia for mountain bike riders.

“It would be absolutely amazing for the town,” he said.

Cr Child said the economic benefits would be substantial for a town which had suffered a number of economic hits over the last 20-odd years as three bank branches, the large Sanitarium factory, hospital, telephone exchange and Melbourne Water works depot all closed their doors.

“We lost all these employment opportunities and the town has never really recovered,” he said.

He said there was strong support across the local community for the project.

Damian Auton?, president of Yarra Ranges Mountain Bikers, said that if it went ahead, the extra trails would take the length of mountain bike trails around Warburton to beyond 100 kilometres.

Having more than 100 kilometres of trails was a key landmark, he said, because it meant riders would have reason to stay in the town for multiple days.

“The landscape here is absolutely ideal for mountain biking and cycling in general. The township of Warburton is nestled at the foothills of Mount Donna Buang and surrounded by public land. The heart of the feasibility study is a circuit of 32 kilometres, this is a three-metre wide trail and it connects, very importantly, three townships – East Warburton, Warburton and Millgrove. That 32 kilometres could be used by anyone, mums with prams, dads with prams, kids wanting to go to school,” he said.

Businessman Greg McMahon, part-owner of the Little Joe pizzeria, said locals were behind the project and there was a “ready-made market” for the trails.

“Warburton needs a catalyst, that’s what it needs. Everything is here in terms of its natural beauty. It’s future really is nature-based tourism and I think this fits in beautifully,” he said.

“Our natural beauty, considering how close we are to the city, is quite phenomenal. And that’s another plus for the bike riders to be riding in that environment,” he said.

Warburton resident Peter Kimberley, chairman of the community bank company which owns two local Bendigo Bank branches, said his group had pledged $300,000 to the project. The projected 175 full-time jobs would be a “huge” boost for the community, he said.