The Ian De La Rue Youth Initiative Award was first awarded in 2012 to honour the memory of the late Ian De La Rue OAM, first Chairman of the Warburton Community Bank and a member of the Steering Committee.

Each year we seek to recognise, acknowledge and reward a young person who makes a positive contribution to their community.

This $1,000 Award is presented in the spirit of the late Ian De La Rue’s commitment to our community, and his passion for encouraging young people to strive for excellence and to be active in and contribute to their local community.

*Ian was awarded the Order of Australia Medal for his community service, in the Australia Day Honours List, 26 January 2008 (the year after he passed away)

The activities and passions of our Award recipients can be varied, and all help to make our community better and stronger.

Who are we looking for?

We are seeking to recognise young people who independently assess and take action on matters that are important to them. Young people who: 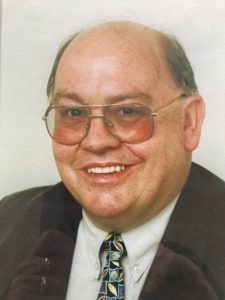 “The tireless enthusiasm and passion you showed in your many roles was truly remarkable. Your exemplary leadership, caring nature and generosity was an inspiration to us all. Your outstanding contribution to the community will always be remembered”

The Board of Directors, Shareholders and Staff of Warburton Community Bank, June 2007

On 26 January 2008, one year after his passing, Ian was awarded the Medal of the Order of Australia in the Australia Day Honours List for his contribution to the Community.

A former banker and fanatical Bulldogs supporter Ian’s close relationship with the Upper Yarra Community began in 1989 when he became Owner/Operator of Millgrove Licensed Grocers.

Widely regarded as one of Upper Yarra’s most respected and loved community leaders Ian was involved in a long list of organisations outside of the Community Bank.  Those which benefited from his involvement include and are not limited to: the Winterfest Committee, Warburton Chamber of Commerce, Warburton Advancement League, Warburton Bowls Club and Warburton Millgrove Football Club Supporters Group.

On behalf of our community we say thank you to these young people for the contributions they have made to the community and the opportunities they have created for others!  Each received $1,000.