Rodney has been a resident of Warburton for over 55 years. His wife Karen was a teacher at the Warburton Primary School for 35 years until retiring recently. Karen and Rodney have two adult children and one grandchild.
Rodney was employed in Local Government for over 40 years. He worked at the Upper Yarra Shire & Lilydale Shire (now Yarra Ranges) and Knox City Council, predominantly in the Governance area. He is currently contracting to Local Government as a governance advisor on a part time basis.
Rodney has enjoyed involvement with a range of local community groups including the Warburton Primary School Council, Warburton Golf Club, Warburton Millgrove Sports Club and Wesburn Junior Football Club. He is also a Life Member of the Warburton Millgrove Football & Netball Club and Warburton Millgrove Cricket Club and is currently president of the Warburton Bowls Club. He has spent many years coaching junior football & cricket teams at Warburton and Wesburn.
Rodney is an active member in the community and has been a Justice of the Peace for twenty-five years.

Sue is a CPA qualified Accountant who moved to the Yarra Valley with her family in 2012. She holds a Public Practice Certificate and is a Registered Tax Agent.
Sue brings a wealth of knowledge and experience to the Yarra Valley and is passionate about financially empowering locals in the region through her accounting business, The Yarra Valley Accountant.
She has reignited her love of netball, after a long absence, and played 4 seasons with Yarra Junction Football Netball Club, and served on the committee for 3 years. Netball is never far away and she played in the Australian Masters Games, held in October 2017 in Devonport.
Her other love is running and her first fun run was the 2015 Warburton Up and Running. She has participated in a number of runs since and you may see her training on the trails and roads of the Valley.
Sue is also involved with the Upper Yarra Pony Club and the Wandin Toastmasters.

Hazel comes to the Board with government advisory experience in Australia and overseas. She is a local community leader and a passionate advocate for gender equity and social diversity.
Currently, Hazel is a Country Fire Authority Board member, appointed by the Governor in Council in 2016 and is a representative of two committees on the CFA Board. She is also the captain of the Warburton Fire Brigade.
Holding a number of qualifications, she currently works as a Senior Research Officer at the Murdoch Childrens Research Institute as an Epidemiologist and surveillance manager, and is a Course Coordinator & Lecturer in Infectious Disease Epidemiology for the Masters of Public Health and School of Population Health at the University of Melbourne.

David has been working to help improve Australian businesses for 35 years through a variety of activities. Currently he works as a Business Design Advisor in a Federal Government business support program, helping SME businesses redesign themselves, starting with high level strategy. He lectured sessionally at postgraduate level for nearly 20 years, most recently for 10 years in Masters business programs at RMIT University. David has co-authored several books for business, and is a regular speaker and presenter to business on a variety of topics including strategy, design thinking, brand, business foundations and digital emergence. He is a Fellow of the Public Relations Institute of Australia (PRIA) and a Graduate of the Australian Institute of Company Directors.

During this time he has been actively involved in a number of local sporting clubs in both playing, coaching and administrative roles. He is a Life Member of the Warburton-Millgrove Football & Netball Club, Wesburn Junior Football Club and Warburton-Millgrove Cricket Club. He is very passionate about local junior sport and community participation. Garry is a playing member and the current Secretary of the Warburton Bowls Club.

Garry, with his wife Glenys, are involved with an organisation called AHVISE, which provides volunteer teaching and assistance to Australian Outback Families mainly on remote Outback Stations. They provide their services to tutor and teach the children on these stations as part of their Distance Education Programs. This enables the parents to focus upon the work on the station during particularly busy and hectic times.

Elizabeth currently works at Tintern Girls Grammar School in Ringwood coordinating the Education Support Department. For the past 14 years Elizabeth has undertaken further tertiary studies in Behavioural Science and Psychology and has recently completed a Master of Teacher in Special Education.
She previously worked for 18 years at the Upper Yarra Secondary College (UYSC) in special education support and as a Student Wellbeing Counsellor. Prior to this Elizabeth worked in a number of local primary schools assisting students with special needs.  She still enjoys a strong connection with our young people and is committed to advancing their learning and wellbeing.
Elizabeth has lived in the local area for 35 years; her two sons grew up in Warburton and attended Warburton Primary School (WPS) and UYSC.
She was secretary of the WPS Council and was also one of the original organisers of the local Basketball Association acting as secretary for a number of years. During this time she undertook a coaching role and helped form a new basketball club which fielded a number of teams.
Elizabeth has been involved in various volunteer groups in the local community. 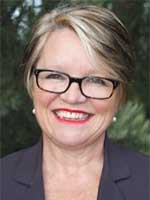 Sally was born in Yarra Junction and has lived in Gladysdale for most of her life. Her working life has been devoted to community building, particularly in education, training and community services. She was the CEO of Cire Services formerly Upper Yarra Community House for twenty two years, and represented the community education sector on a range of peak bodies and government boards. She now works as an education consultant.
She has tertiary qualifications in education and community development, including a Masters in Education. Sally has been the Secretary of the Yarra Junction Football Netball Club for nine years, and is also a member of the Upper Yarra Secondary College School Council. She is married to Tony Aulich, ex policeman from Warburton, and she has four adult children of whom she is extremely proud.

Neil, recently retired, had been with the Department of Education for 43 years undertaking a number of teaching roles, building project management and other responsibilities. This included Assistant Principal at Badger Creek Primary School; Principal at Wesburn Primary, Bayswater West Primary, Woori Yallock Primary and Warburton Primary Schools.
In addition to school based activities, Neil worked within the district managing the School Support Services program and spent time as chairperson of the local Principals group.
During this time he had also been heavily involved with a number of sports clubs, presented professional development programs in wide range of sport and Physical Education areas and operated as a volunteer for Royal Life Saving Society, training staff and working as an examiner for RLSS qualifications.
Currently Neil continues to be involved with the community through the Redwood Community Centre, their Second Bite program and maintenance work, and is a trainer at the Warburton Football Club.

Ric has been living in the Yarra Valley for 47 years. In 1989, after studying Interior Design, he started his own business in the field of office design, stationery and office machines in Bayswater. He was a founding director of a national dealer-owned franchise group (Office National).
Ric has served on the Gladysdale Primary School Council, was on the Upper Yarra Community Buses Committee for 20 years, was Treasurer of the Yarra Junction Football Club for several years and recently resigned as a director of Cire Services (formerly Upper Yarra Community House), after a commitment of 27 years where he saw the organisation grow from 3 employees to a workforce of approximately 150 people. While involved with Cire he participated in a Youth Mentoring program and also the L2P driving program.
Currently Ric is a member of the Yarra Valley ECOSS Committee of Management which reflects his commitment to raising environmental awareness. In the last two years he has developed a Tiny House construction business with three local people. One of the focuses is the possibility of tiny houses as a social housing model.
Ric has a strong commitment to good business governance and practice. He also prioritises grass roots community engagement and development. 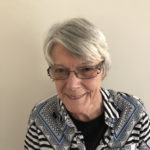 Anne and her husband Patrick retired to the Yarra Valley 23 years ago, previously living in Croydon. This is where her community involvement began, leading to becoming a Councillor and Mayor. She has also worked in Local Government for 10 years managing Aged and Disability Services. During this time Anne was involved in several organisations, Eastern Palliative Care, COTA Vic and St Vincent de Paul Community Care. Since coming to the Valley, she continues to have an active involvement in the U3A Upper Yarra and is a Life Member, and in the Upper Yarra Probus Club. She is also a member of the Upper Yarra Valley Garden Club and the Yarra Ranges Film Society. Academically she has teaching qualifications and her most recent qualification was a Graduate Diploma in Organisation Behaviour. The family shows a commitment to the community with Patrick currently involved with Wanderslore Sanctuary at Launching Place and previous involvement with the Friends of the Rail Trail. Family wise, they have three children and their families live on the east coast of Australia.

Back to About
Toggle the Widgetbar