Upper Yarra, Thursday 22 October, 2015: Warburton and Yarra Junction Community Bank branches – Recognition of Outstanding Community Leadership for Yarra Junction based Brendon Murphy to be announced at our AGM on 28 October 2015.

When Brendon Murphy, 34, from the Warburton Millgrove Football and Netball Club saw on the TV that another woman had tragically died from domestic violence, he cried as he related to her father’s anguish. He thought about the world he wanted for his baby girl Scarlet and wife Nicole and took the initiative to act. Together with two friends Billy Irving and Rick Liston, he created a one-minute community service video featuring nine young men, from eight local football clubs in the Yarra Valley Mountain District Football and Netball League, to speak out against domestic violence. The clip went viral and the message of zero tolerance towards violence against women has now been seen by more than two hundred thousand people nationally.

Warburton resident Julie Hanman saw the video and wanted to nominate Brendon in our Youth Initiative Award; however, when his age precluded him from entering, our Board decided that it was important to acknowledge Brendon and his message all the same.

Director Jaqui Hall says. ‘I had heard Brendon interviewed on ABC radio and thought what an impressive young man. Then they said he was from Warburton and I felt immensely proud of him for taking the initiative and speaking out to his peers and the broader community.’ 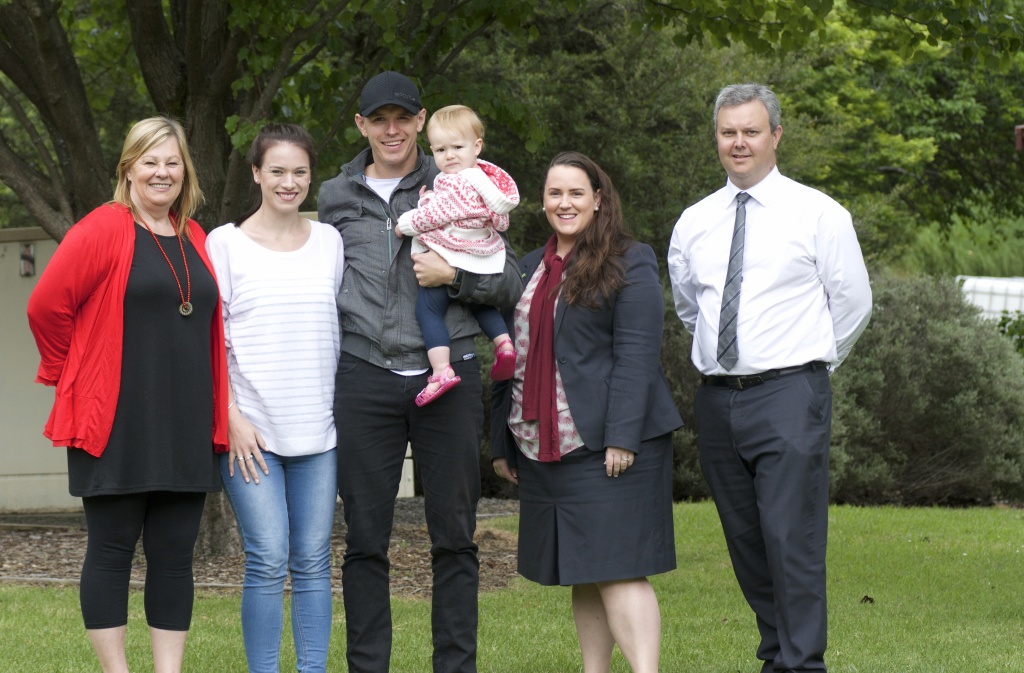 We are pleased to have this opportunity to acknowledge Brendan in Recognition of Outstanding Community Leadership and thank Julie for bringing Brendon’s story to the Board’s attention. ‘I had confidence the Community Bank would listen to me and be able to act in a way many other organisations might not. And they did,’ says Julie.

Brendon says, ‘I am proud and honoured to receive this recognition and appreciate the Warburton and Yarra Junction Community BankÒ branches for seeing this as a worthy local issue. But most of all I am proud that this support will help this campaign grow further and continue to push the message out that It’s time to speak up.

Via the #heroesforzeroes social media campaign, Brendon is encouraging other sporting clubs to do the same. He sees peer-to-peer campaigns such as this as a powerful way to get the message across that ‘domestic violence is not someone else’s problem.’

The Warburton and Yarra Junction Community Bank branches have donated $5000 to domestic violence services nominated by Brendon.  The money will be used to develop a secondary schools competition encouraging local students to create their own video versions of the #Heroesforzero message and to fund the continuation of the ‘Respectful Relationships’ program in schools.

Watch the video on You Tube: https://www.youtube.com/watch?v=jtAjHiYrn90